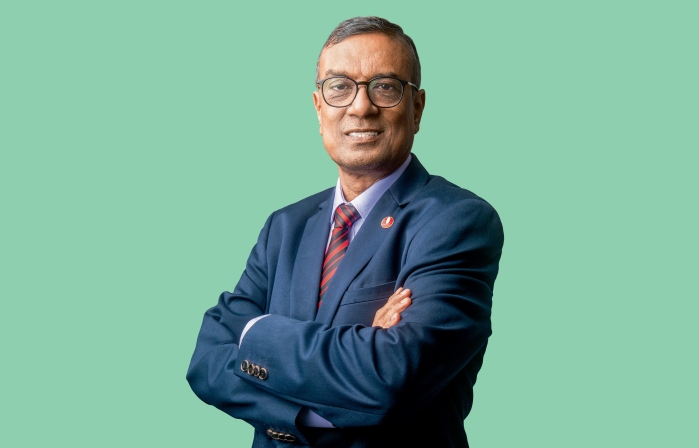 With India still several years away from reaping the benefits of the tectonic turn in economic policy, a man in his early 30s nearly 1,500 kilometers from the New Delhi galleries of power was keeping a close eye on the plight of small traders. They had no other financing options than traditional moneylenders, who charged exorbitantly high interest rates, driving them into debt and poverty.

Around the same time, in Kolkata, Chandra Shekhar Ghosh, with her desire to help small traders with institutional financing, laid the foundation for Bandhan, which took institutional shape as a non-profit corporation in 2001. Its core was financial inclusion and women’s empowerment through microfinance rural Bengal. In 2006, the company acquired a non-bank financial corporation (NBFC) and established Bandhan Financial Services Pvt. GmbH.

What started as a corporation and later became an NBFC has since morphed into a universal bank with 4,000 branches as of 2020. Ghosh is now the managing director and CEO of Bandhan Bank, the country’s first microfinance company to receive a universal banking license. Bandhan has been ranked as the best bank for operational cost efficiency in the Fortune India-Grant Thornton Bharat Best Bank rankings. Operating expenses to net income ratio was 29.1% in FY2021 and 32.1% in the first nine months of FY22, which is the best among scheduled commercial banks. An important reason for the lower cost structure is its history as a microfinance institution. Ghosh says the bank has been cost-conscious since its inception. “Our geographical and demographic diversity gives us an advantage in controlling costs. The bank’s solid operations and continued drive to make the best use of existing resources, combined with an emphasis on managing total costs, have always made our bank operationally strong,” he says. However, it can be noted that while the operating profit margin moved from 47.2% in nine months of FY2021 to 46.3% in nine months of FY2022, the net profit margin declined from 19% to -15% due to higher provisions.