BMKG: Heat in Indonesia is not a heat wave like in India 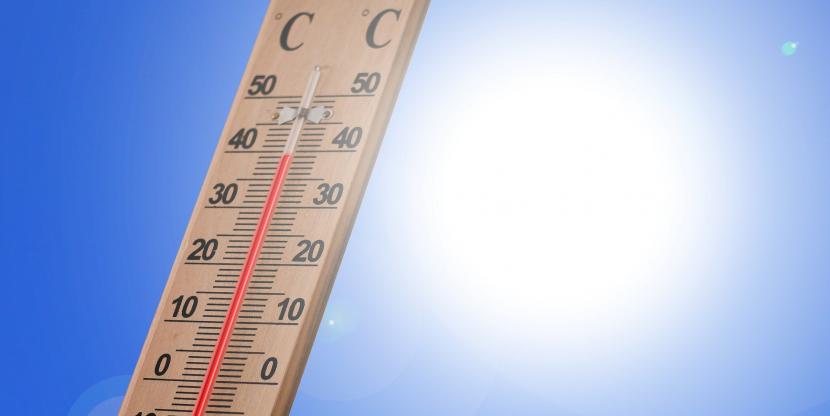 The public is advised to avoid dehydration and maintain health.

REPUBLIKA.CO.ID, JAKARTA – The Agency for Meteorology, Climatology and Geophysics (BMKG) observed hot air temperatures in several locations in Sumatra and southern Indonesia in early May 2022. This had caused panic among the public because it was linked to the progressing heatwave happening in India.

BMKG confirmed the incident hot temperature Indonesia is not classified as a heatwave like India because it does not meet the World Meteorological Agency (WMO) definition of a meteorological extreme event, which is an anomaly that is 5℃ hotter than the climatological average maximum temperature at a location and has lasted at least five days.

“Heat waves generally also occur on a large scale, which are caused by certain weather upheavals and cause accumulation of hot air masses,” said BMKG deputy climatologist Urip Haryoko in a press release on Tuesday (05/17/2022).

Haryoko explained that the rising temperature in May is actually a natural thing. In the climatological analysis, most air temperature observing locations in Indonesia show two maximum temperature peaks namely in April, May and September.

“There is actually an influence by the apparent position of the sun’s movement and the dominance of sunny weather at the beginning or peak of the dry season,” Haryoko said.

The basic climate analysis in the period 1.-10. May 2022 shows warmer sea surface temperatures in the Indian Ocean region west of Sumatra and the Java Sea. This increases the supply of humid air due to more intensive evaporation from the sea surface.

Meanwhile, wind circulation analysis shows the existence of twin vortices in the northern and southern parts of the western hemisphere of Sumatra as a manifestation of the active atmospheric MJO waves (Madden Julian oscillation) in the area. On the other hand, a vortex appears over the island of Borneo, although it is weaker.

“This condition causes winds to become weak and tend to remain stable over parts of Java and Sumatra, so hot and humid air tends to get stuck and have nowhere to go,” Haryoko explained.

Haryoko explained that this time, the occurrence of hot air temperatures was indeed influenced by climatological factors that were reinforced by regional and mesoscale atmospheric dynamics. This makes the air seem “stuffy” and then raises questions and even public unrest (alongside suffocating anger).

“However, the BMKG reaffirms that this condition is not a dangerous extreme condition like a heat wave, although the public is still advised to avoid dehydration and maintain health,” Haryoko appealed.