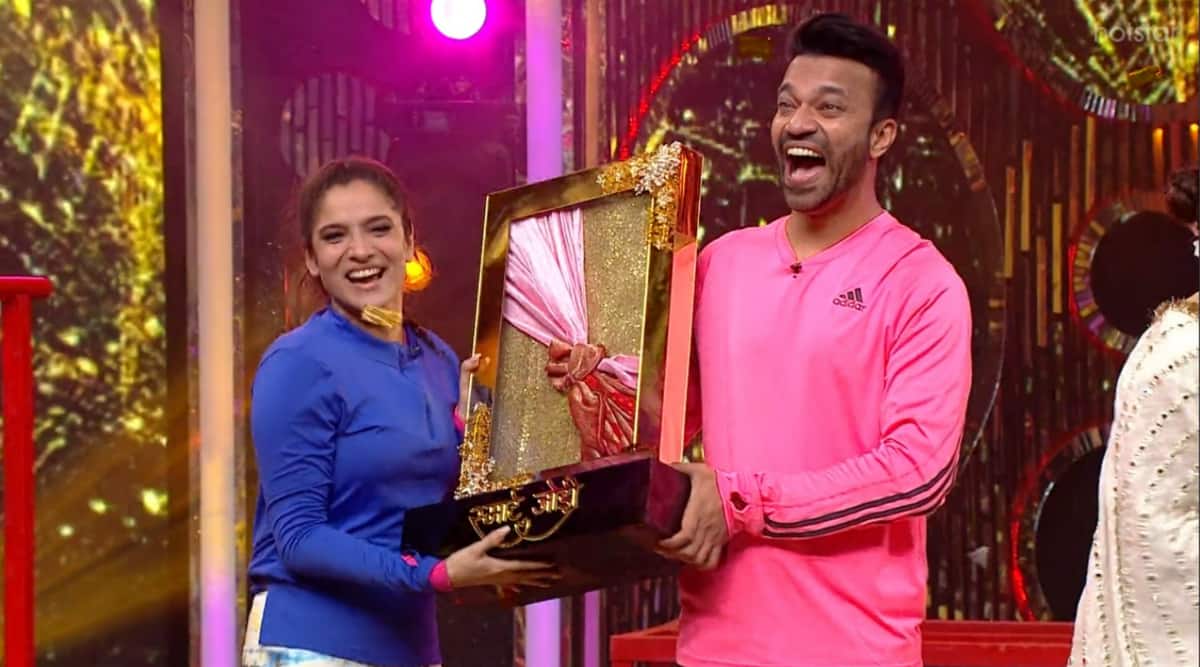 The first season of Smart Jodi ended on Sunday with Ankita Lokhande and Vicky Jain emerging as winners. The couple, who tied the knot in December last year, took home the ‘golden gathbandhan’ and a cash prize of Rs 25 lakh. Comedian Ballraj and his wife, singer Deepti, were announced as the first runners-up. The Star Plus Show, which lasted 8 weeks, was hosted by Maniesh Paul. While Riteish Deshmukh and Genelia Dsouza came to the finale as special guests, singer Udit Narayan also wowed the audience with his performance.

Arjun Bijlani-Neha Swami and Bhagyashree-Himalaya Dassani also competed in the grand finale episode but were eliminated early. The final task was for the pairs to assemble a puzzle on a moving platform. Ankita and Vicky went first and completed the task in nine minutes. Ballraj and Deepti had some issues and finally completed the task in 12 minutes.

After winning the show Ankita and Vicky couldn’t contain their excitement and were seen jumping for joy. The Pavitra Rishta actor shared that she was keeping the ‘Gathbandhan’ setting in mind for her new home, saying: “I’ve had sleepless nights the past few days. While Vicky is always passionate about her work, I’m a bit relaxed. However, today I put all my effort and focus into making sure we win. I really, really wanted this and I’m so excited.”

A one-of-a-kind show, Smart Jodi saw popular celebrity couples compete in a series of challenges each week. In addition to the finalists, other participants included Neil Bhatt and Aishwarya, Ankit Tiwari and Pallavi, Kris Srikanth and Vidya, Gaurav Taneja and Ritu, Rahul Mahajan and Natalya, and Monalisa and Vikrant.