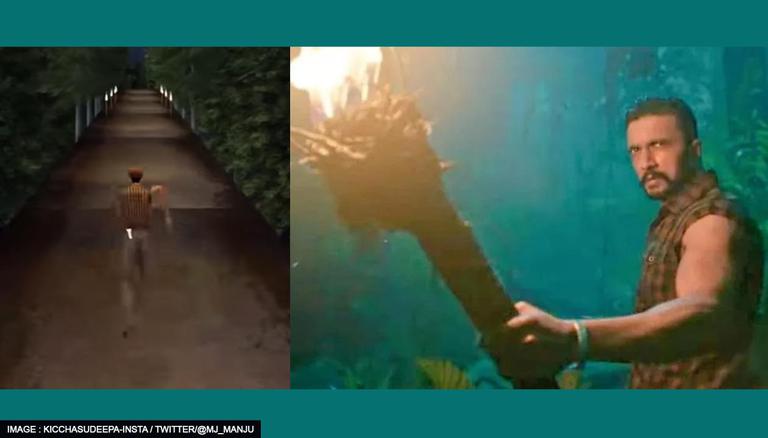 South superstar Kichcha Sudeep is currently preparing for the release of his upcoming highly anticipated film Vicrant Ronawhich is ready for its theatrical release on July 28, 2022. The creators are leaving no stone unturned to promote the Kichcha Sudeep stars’ magnum opus and now, on Wednesday, they have unveiled India’s first ‘never-before-seen’ gamified on Instagram filter.

After watching the powerful and thrilling trailer of Vicrant Rona, the audience is mesmerized by its majestic world and to keep their anticipation up, a new filter has been launched on Instagram allowing them to record and play the character of Vikrant Rona. A man with one Vicrant Rona Outfit appears as a gamified character in-game. The user’s head movement moves the Vicrant Rona Character left and right in the game and the open mouth gesture allows the character to jump.

The in-game character moves to grab VR coins, and each time a coin is grabbed, points are increased and accumulated. In between, many virtual obstacles appear. According to the official Instagram handle of Vicrant Ronahere is how to play the game #VikrantRona-

Vicrant Rona is touted as one of the greatest films of Kichcha Sudeep’s career. The film will be released in multiple languages ​​including Kannada, Tamil, Hindi, Arabic, German, Russian, Telugu, Malayalam, Mandarin and English. The film will be distributed in North India by PVR Pictures. B Ajaneesh Loknath composed the music for the film.

In addition to Kichcha Sudeep, the film will also star Jacqueline Fernandez, Nirup Bhandari and Neetha Ashok. Vicrant Rona is presented by Zee Studios and Kichcha Creations in North India and produced by Jack Manjunath under his production Shalini Arts and co-produced by Alankar Pandian of Invenio Origins.