Again under the boycott of Arab countries, these are 8 Indian brands that are worldwide 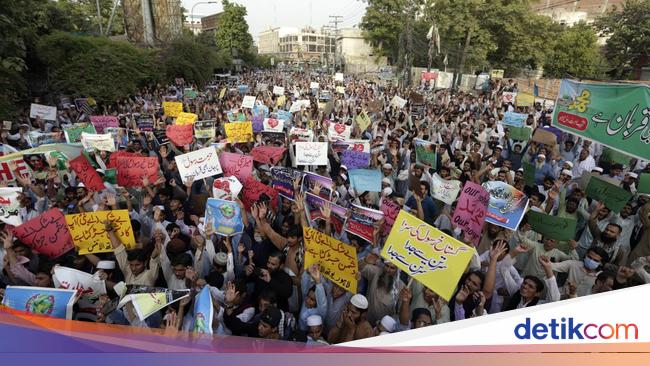 International media are currently highlighting India after politicians India from the Bharatiya Janata Party (BJP), Nupur Sharma, made a controversial comment about Prophet Muhammad that was considered offensive.

Because of this, many countries, especially the predominantly Muslim countries of the Middle East, have called for a boycott of Indian products.

Not only that, Nupur Sharma’s offensive remarks provoked strong reactions from Muslim communities around the world. In India, this insult led to protest demonstrations by the Muslim community in Kanpur City.

According to data from South Asia Index On Sunday (May 6th, 2022) Indian products were recalled not only in Kuwait, but also in Saudi Arabia and Bahrain. In addition to the direct boycott of India through product recalls, there were also violent reactions from the foreign ministries of various countries.

Ambassadors of India to the Middle East and Southeast Asian countries are summoned by the foreign ministries of host countries, including Indonesia. Many of them received warning letters or protests condemning what was happening in India.

So what about the fate of other Indian brands? As is well known, India itself is the country of origin of a number of world-renowned products or brands.

A number of global Indian brands come from different sectors such as automotive, fashion, beverage products. In fact, brands from India are dominating the world.

Some of them are actually native to India and others are now owned by people of Indian origin. Starting from the Mirror Review website, here are a number of international brands from India.

Originally, this company is an automotive company from England. The brand was founded in 1893. Under the then Enfield Cycle Company old Royal Enfield motorcycles were produced.

Eicher Motors, an Indian motorcycle company founded in 1948, bought it in 1994. The name was also changed to Royal Enfield India.

Allen Solly was founded in 1744 by William Holin and Company Limited. However, clothing brands came into Indian hands in the late 20th century. It was purchased by Madura Garments in 1993. Soon Aditya Birla Group acquired the property rights in 2001 and made it a famous Indian brand. Designed primarily for men, the Allen Solly shirt has a popular following in India and abroad. In a digital world, we can easily order cool clothes from Allen Solly’s online store.

Usually regarded as a popular foreign liquor, Old Monk Rum is an Indian brand of dark rum. The brand was first launched in 1954 by Mohan Meakin Limited in Ghaziabad, Uttar Pradesh. The lack of promotion did not prevent them from becoming the largest foreign Indian liquor brand (IMFL) for several years. In 2013, it was the largest black rum sales company in the world. Old Monk is manufactured in India and sold by retailers in Russia, Japan, USA, Estonia, UK and other countries.

Lakme, from the name it looks like a French luxury brand. But this brand is actually a famous brand from India. The cosmetics company is named after the French opera Lakme, which is also derived from the Hindu goddess Lakshmi. Lakme began as a subsidiary of Tata Oil Mills (Tomco), part of the Tata Group. Owned by Hindustan Unilever and operated by CEO Pushkaraj Shenai.

Café Coffee Day (CCD) is an Indian coffee chain owned by Amalgamated Bean Coffee Trading Company based in Chikmagalur. The first CCD Cafe was established in Bangalore in 1996. Today, the Indian brand has spread overseas to places like Vienna, Prague, Karachi and Dubai. Currently owns a plantation, grows coffee and manufactures coffee machines and furniture for its stores.

Micromax started in 2000 as an IT software company. This Indian consumer electronics company is one of the famous Indian brands based in Gurgaon, Haryana. The brand has managed to gain international recognition as it surpassed South Korea’s Samsung with the maximum number of phones sold in a single quarter in 2014. Celebrities like Akshay Kumar, Twinkle Khanna and even Hugh Jackman have become brand ambassadors for this one Indian company.

Jaguar is a luxury vehicle brand owned by British multinational automaker Jaguar Land Rover. It was originally founded in 1922 as the Swallow Sidecar Company. In 2008, Ford sold Jaguar Cars and Land Rover to Tata Motors, and the two brands merged into Jaguar Land Rover in 2013.

Watch the video: A wave of demonstrations spreads after Indian politicians insulted the Prophet Mohammed