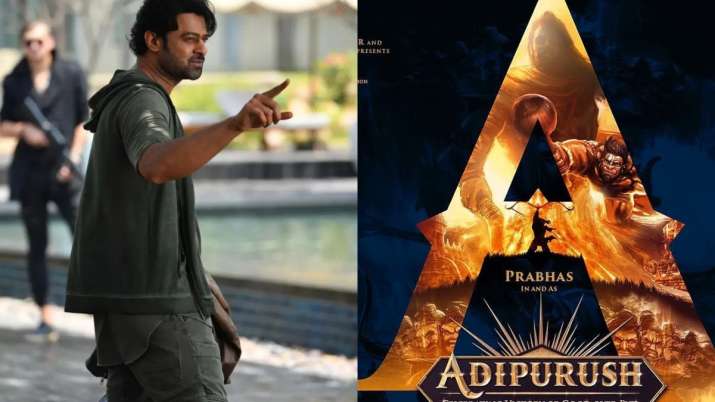 Prabhas will be starring in the role of Lord Rama in director Om Raut’s upcoming film Adipurush of Tanhaji fame. The film is a modern retelling of the epic Ramayana and another pan-Indian film starring Prabhas. Like most of his films, Adipurush will be huge budget and VFX heavy. Filming for the film wrapped earlier this year and is now in post-production.

It has since been revealed that the cost of making Adipurush is priced at Rs 500 crore, making it one of the most expensive films in Indian cinema. According to the speculation on Twitter, Adipurush was filmed on a huge budget as mentioned above and Prabhas took home Rs 100 crore as a fee for the film. Given his fame and pan-Indian appeal, such a high salary isn’t incredible.

Read: After Adipurush and Salaar, Prabhas starts filming on THIS movie with 3 heroines

The speculation surrounding Adipurush’s budget and Prabha’s salary arose after a tweet by Umair Sandhu, a UAE-based critic. “Officially confirmed #Adipurush is now the most expensive film in India. It was filmed on a budget of 500 Cr. #Prabhas charged 100 cr for a movie (sic),” he tweeted.

The information about Adipurush’s budget of Rs 500 crore was made by producer Bhushan Kumar himself in an interview with Pinkvilla. The film will be released on January 12, 2023.

Meanwhile, Prabhas will be starring in Salaar alongside Shruti Haasan. KGF’s Prashanth Neel is directing and Prabhas will play a dark and violent character. He also collaborates with Sandeep Reddy Vanga for Spirit. Director Maruthi is also collaborating with the Saaho star for Raja Deluxe, which will have three female leads.

Prabhas was last seen in Radhe Shyam, which was a box office debacle.