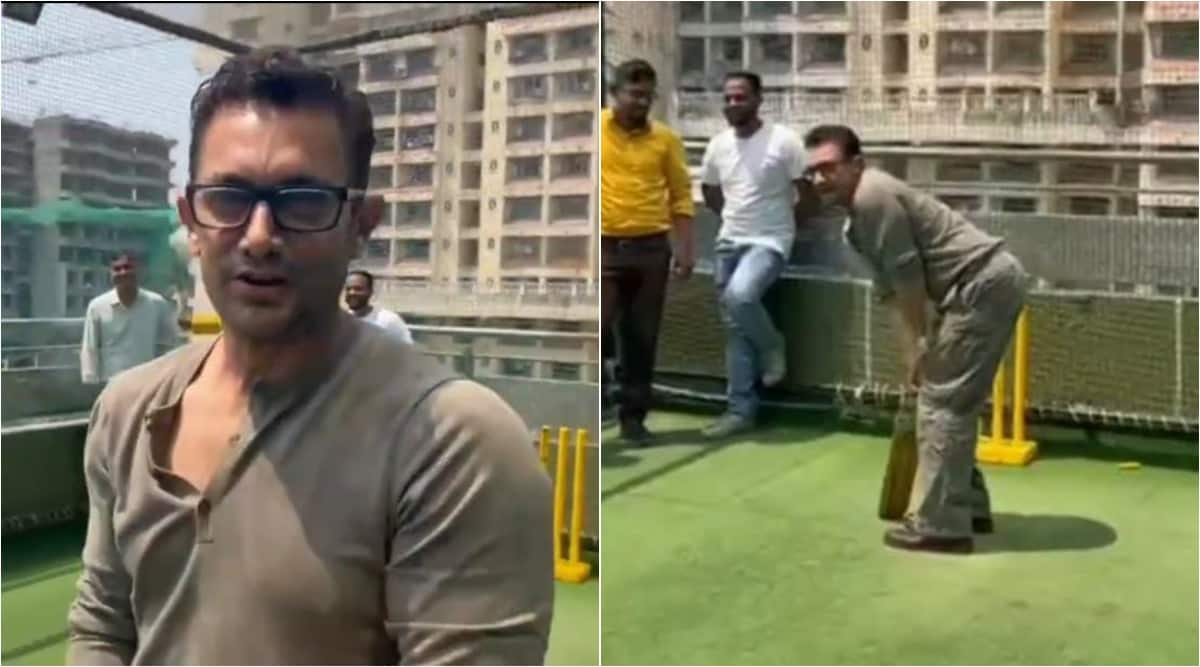 While keeping fans waiting for Laal Singh Chaddha, Aamir Khan has taken it upon himself to offer a glimpse into his life on social media. After sharing Photos of mangos with his son Azad Rao KhanThe Bollywood star has now shared a video of what he is believed to be playing cricket on his office terrace. As he hits the ball for a boundary, the actor says he’ll tell them a story on April 28, before repeating the same statement into the camera: “28 ko ek kahani sunaunga.” He then hits another ball and asks his teammates, “IPL Mein chance hai kya (Do I have a chance in IPL)?” His ever-supportive team replies yes, making him smile.

aamir‘s statement has fans wondering if he will reveal anything about his much-anticipated new release. “Laal Singh ki kahani kya?” one fan wrote, while another added, “LSC ki Trailer on 28th”. When someone called him “MS Dhoni of Bollywood”, another user wrote: “Kya aa raha hai ? teasers? Follower? New movie announcement? 🤔🤔”. Many fans were also very impressed with his cricket skills as they recalled his winning shot from Lagaan.

Laal Singh Chaddha, an official Hindi remake of Tom Hanks’ hit Forrest Gump, also stars Kareena Kapoor Khan, Mona Singh and Naga Chaitanya. Naga will appear in an extended cameo. The film will be released on August 11th this year. Aamir was last seen in 2018’s Thugs of Hindostan, which stormed at the box office.

Aamir Khan was recently spotted at RRR’s Rs 1000 crore hit party. At the event, he lavished praise on Director SS Rajamouli and his team. Calling the filmmaker a wonderful human being, the Bollywood star went on to say that Rajamouli is a “master and student” rolled into one. “He is someone who puts his heart into his work. He is a master and a student, and that is an extremely rare quality. It’s a deserved achievement. May he always entertain us and bring joy to our lives,” he said. Praising the film’s pan-Indian success, Aamir even jokingly called Rajamouli the “real Raja Hindustani”.