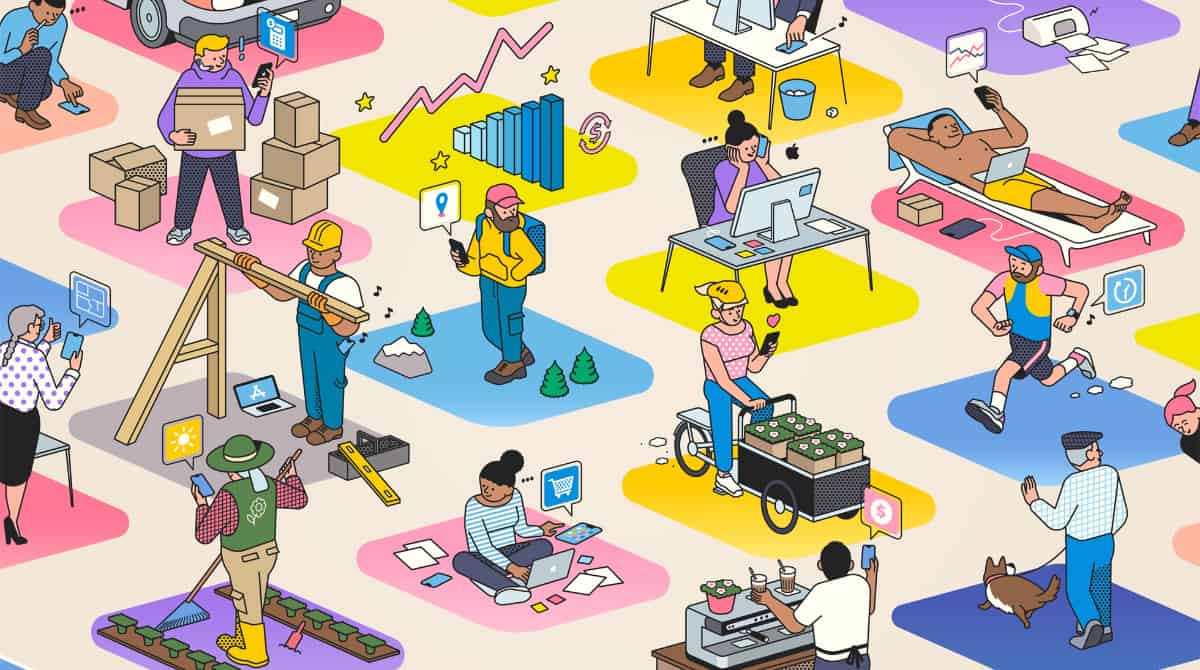 The Foundations program enables the iOS ecosystem in Europe to collaborate with programmers, designers and marketers to create best-in-class, fuel their growth and reach millions of customers!

Across Europe, the iOS application ecosystem is growing, creating 2.2 million jobs, a 7% increase since last year.

In 2021, nearly 80% of small developers were active across multiple storefronts, and about 40% of total small developer app downloads came from users outside of the developer’s home country. In France, these small structures, which by definition earn up to a million dollars a year and have less than a million downloads a year, have increased their profits by 122% since 2019, the strongest growth within the developer community in any country.

Launched in 2018 in countries such as Germany, France, Italy, Spain and Sweden, the program offers selected developers tailored support for co-developing, marketing and monetizing apps with Apple employees. As of 2022, the program is open to 29 countries in Europe.

In France, the App Store Foundations Program now supports more than 300 developers. First introduced in 2018, this program offers developers additional help in perfecting apps. In particular, the topics discussed include making the best use of technology and Apple APIs, working on the editorial to meet the expectations of its audience and optimizing its presence on the App Store. Other sessions cover monetization, marketing, and a host of other topics that will drive app growth.

In one-on-one and group sessions, select developers will learn how to grow their business and extend the reach of their applications using Apple’s tools and APIs. Topics covered include getting the most out of Apple technologies and APIs, editorial content from the App Store, and more. Access to Apple experts is always offered upon completion of the program, allowing you to continue learning and improving the apps you create while benefiting from the App Store’s visibility and audience. Finally, developers join a network of former members with whom they can share their experiences as they progress in their project and activity.

“France has one of the most exciting development teams in the world. I am pleased to see this sector continue to grow and create a record number of jobs.”explains Daniel Matray, director of Apple’s App Store for continental Europe. “Made in France, these apps show all the talent and innovation these teams are capable of. They are used by millions of people in their daily life, at work and in their free time. Apple is proud to be a part of their success and we look forward to continuing to support them as they reach new heights.”

The App Store Foundations program served as a stepping stone to many people and applications that participated in it, such as Mapstr, PhotoRoom, Biloba, Tmly, Jumbo, Mojo…